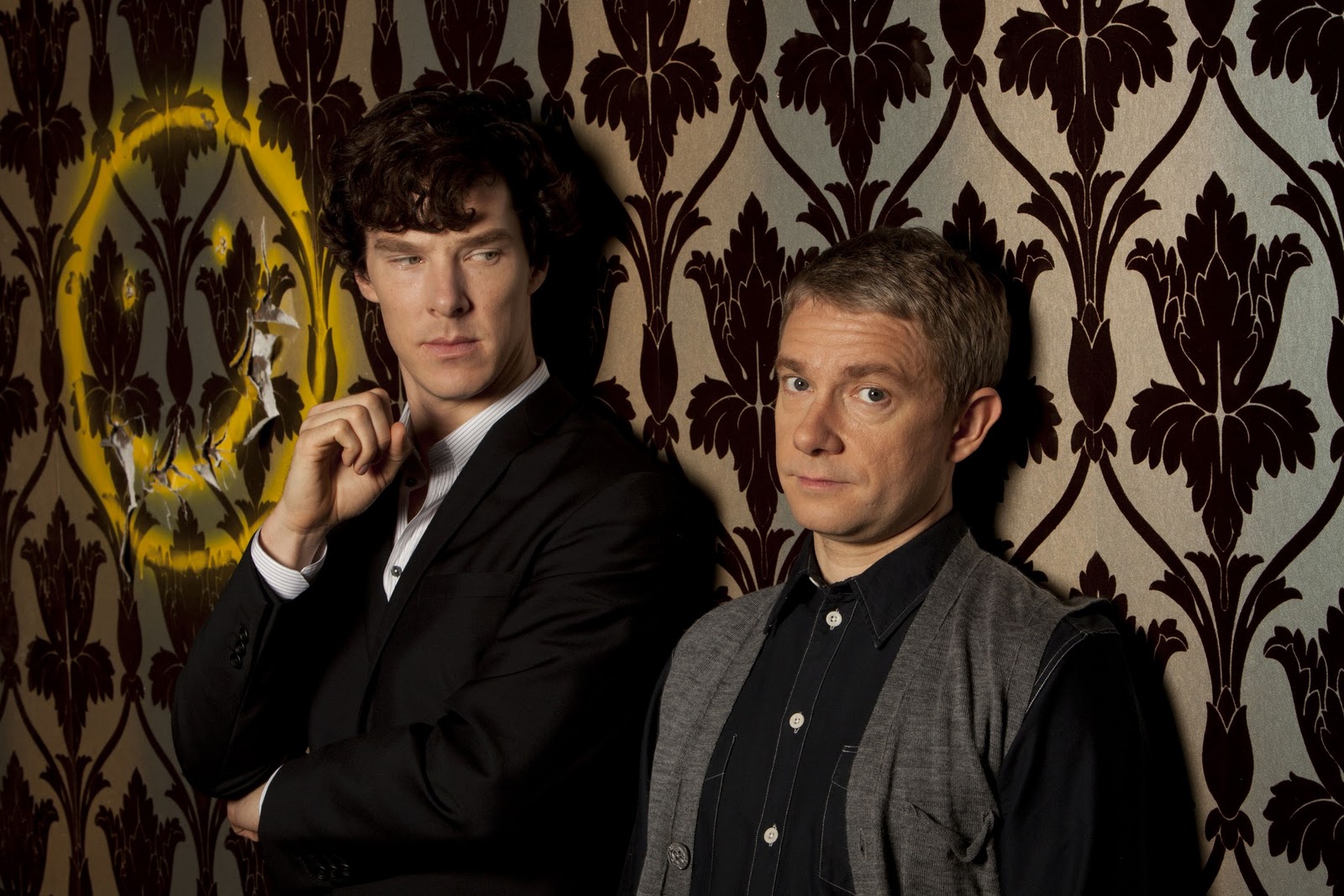 You start giggling approximately a minute into the opening of ‘A Scandal in Belgravia’, when a Bee Gees song begins to play. And the laughs just don’t stop, as writer Stephen Moffat and director Paul McGuigan create a rousing remix of Sir Arthur Conan Doyle’s stories that is adventure laced liberally with humor.

Irene Adler’s War-Dress is a joy to behold.

“Brainy is the new sexy.”

I liked the way the central focus of the original Holmes story – that of Holmes having to find the picture for his client – is covered in the first 1/3rd of the episode, and the remaining portion is devoted to exploring this delightful – relationship? – between Holmes and The Woman. A relationship that involves her vital statistics, her pulse, her password – and of course, her death.

Great use of the supporting cast of the show – specially Mrs Hudson. Sherlock and Watson both show a tremendous amount of affection for this lady, played with just the right amount of eccentricity by Una Stubbs. Most of the regulars turning up at a Christmas party at 221B Baker Street (which also features the most uncomfortable deduction scene ever) is a treat, having them all being subjected to Sherlock’s moody quips and yet be around, most amusing.

Did anyone check out @TheWhipHand on Twitter? Or John Watson’s Blog? Also this, which is hilarious beyond belief, but please proceed with caution. The title of the blog gives out one of the most crucial plot points of the episode.

Crackling dialogues abound. One of my favorite scenes involves Mycroft and Sherlock in the corridor of a hospital where, between puffs of a cigarette, the two brothers stare at a grieving family in the distance. “Look at them”, Sherlock says. “They all care so much.” The camera frames the two brothers in profile, through an assymetrical frame on one side of the screen. “Do you ever wonder if there’s something wrong with us?”, he wonders aloud. “All lies end”,  the elder brother responds. “All hearts are broken. Caring is not an advantage.”  There is a reason why their mutual enemy refers to him as “The Iceman”.

All in all, Sherlock season 2 is a perfect example of how quality programming speaks for itself. Just today morning, Adi Tantimedh wrote about TV shows burning out, citing two once-popular shows that have jumped the shark in recent times thanks to lazy writing and needless season renewals. This show, on the other hand, proves that if you bring your best to the table, you can win over viewers regardless of production delays and non-adherence to an annual schedule.

“But initially he wanted to be a pirate.”

An excellent start to the New Year. Two more episodes lie in wait for us, and I have high, high hopes for both of them.

4 thoughts on “A Scandal in Belgravia”